Blog - Latest News
You are here: Home1 / Campaigns2 / Pathway to Paris #11: Where are we after the Bonn talks?

UN preparatory meeting in the lead up to Paris

Countries gathered in Bonn for two weeks to work on the draft climate change text for Paris. The aim was to cut the document down from 89 pages to a manageable size, but they only managed to remove four pages. A quick scan reveals pages of options and brackets. They did, however, empower the co-chairs to work on the document which is hopeful. Page 9 still retains a reference to decarbonisation by 2050. “The path to Paris is now happening on both the political and negotiating levels and with a mood of exceptional confidence and engagement—what is being managed here is no longer resistance to an agreement but complexity, enthusiasm and an understanding that every nation is playing its part,” said Christiana Figueres, Executive Secretary of the UN Framework Convention on Climate Change (UNFCCC).

More than 40 countries have submitted their targets or as they are called in UN-speak, intended nationally determined contributions (INDCs). The lingering question is whether these targets will constitute a sufficient level of ambition to prevent dangerous climate change. The Climate Action Tracker rates each of these contributions; US is rated “medium”, while Canada is rated “inadequate”, a category occupied also by Russia and Japan.

How can towns and cities contribute to a fair and ambitious climate deal in Paris?

We have identified three options. Option 1: Join the Compact of Mayors, an international commitment to register and conduct a GHG inventory, establish a target, and develop a plan to reduce emissions. In Canada, only Montreal and Vancouver have signed up. Option 2: The Under2MOU California and a region of Germany, Baden-Wurttenburg have a launched an MOU that commits parties to limit emissions between eighty to ninety-five percent below 1990 levels, or below two metric tons per capita, by 2050. Ontario and BC have already signed on but no towns or cities so far. Option 3: Commit to a target of 100% renewable energy. Highlighted by the City of Vancouver’s motion passed earlier this year, this is a positive vision to combat climate change. Other ideas? Please let us know.

SSG is working with whatIf? technologies to develop a new open source community energy and GHG emissions model. The model will be launched in Paris and will be compatible with the GHGProtocol for Cities, the now global city-scale inventory accounting framework. This model will facilitate the testing of policies and actions for different emissions reductions scenarios into the future. SSG is seeking one or more cities to pilot the model in the next six months. Please get in touch if you are interested.

The Climate Vulnerability Forum (explained below) has partnered with DARA, an international humanitarian organization funded by UNICEF, to bring us the Climate Vulnerability Monitor, one of the most comprehensive attempts to quantify the deaths and economic damage from climate change. This could change the way climate change and the consequences thereof are reported, and tap into a more humanitarian, emotional response. Canada’s impact claimed 8,800 lives and USD$15.4 billion a year. The UK alarmingly emits 5.8% of total global emissions since industrial revolution, 23,200 lives a year and USD$40.60 billion.

One landmark outcome from the global divest movement, and in particular The Guardian’s active ‘Keep it in the Ground’ campaign, this alliance of 25 international newspapers has agreed to share content across their outlets, from Le Monde in France to China Daily News, in a steadfast attempt to bring climate news to the top of the agenda for diplomats in light of the Paris talks in December.

An alliance of 20 developing countries who feel they are a the frontline of the consequences of climate change. This alliance was formed in the Maldives in November 2009, just before COP15 in Copenhagen. Here they issued their first declaration in response to the changing climate as a result of man-made climate change. Since then they have gathered four times and doubled in membership. 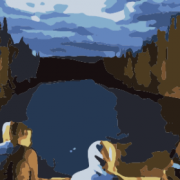 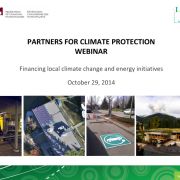 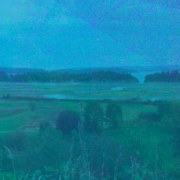 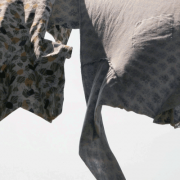 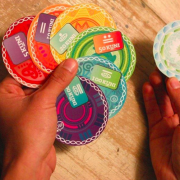 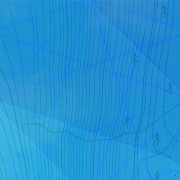