We are sad to share that Robert Hoffman, co-founder of whatIf? Technologies and a pioneer who has shaped our energy and emissions modelling work, passed away peacefully on June 5.

An economist by training and systems modeller by vocation, Rob was a pioneer in systems modelling during his career of over five decades. Systems modelling is a powerful method for exploring how to create transformational change—like the change needed to tackle the climate crisis.

Rob began his career at Statistics Canada where he rose up through the ranks to manage a research program focused on developing dynamic socio-economic resource systems models—among the first in the world—that informed Canadian policies related to the postwar demographic transition, industrial strategy, and the oil crises of the 1970s. He also developed models to assess industrial inputs and outputs by commodity, industry, and region in collaboration with Professor T.I. Matuszewski and Nobel Laureate Wassily Leontief before going on to work as Research Associate Professor at the University of Waterloo. He later co-founded whatIf? Technologies (originally named ROBBERT Associates) with Bert McInnis and his son, Michael Hoffman. 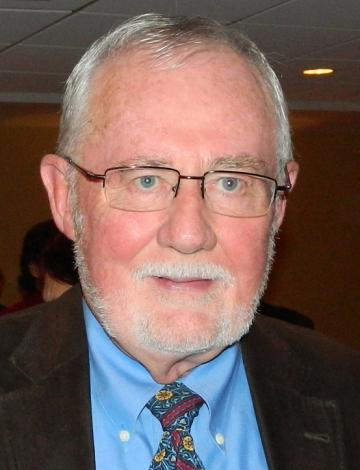 At whatIf?, Rob designed the Global Systems Simulator model (GSS, 1992) to explore the concepts of sustainability at the global level. He worked on the Australian Stocks and Flows Framework (ASSF, 1995) to assess the sustainability of the Australian biophysical economy. He also contributed to the development of the Canadian Energy Systems Simulator (CanESS, 2007), an energy and emissions model that accounts for energy and emissions across Canada, by fuel, sector, and province. The model has been, and continues to be, used to inform national and provincial climate policy.

Rob’s work in conceptualizing systems dynamics models underlies our climate planning work. With whatIf? Technologies, SSG developed CityInSight, a unique energy and emissions model for cities that helps evaluate the impact of potential climate actions on energy use, emissions, finances, and other factors. We have used it to develop climate action plans for communities across Canada, the United States, and Latin America.

Rob was constantly reading and thinking about major socio-economic issues, and passionate about solving wicked problems. In 2014, Rob became a full member of the Club of Rome which brings together intellectuals and global leaders to discuss pressing global issues. His colleagues at SSG and whatIf? Technologies remember him for his uncompromising dedication to exploring the challenges the world is facing using novel, and even sometimes contrarian approaches, which forced us to consider new possibilities and deepened and enriched our work. His legacy lives on in a collection of articles, published and unpublished, that are a signpost for our times.