The City of Toronto is targeting net-zero community emissions by 2040—a decade sooner than most major North American cities with climate action plans.

“It is a long-term vision,” said Sophie Plottel, who leads the team responsible for the development of Toronto’s TransformTO Net Zero Strategy, which aims to unite City divisions and the community at large around a cohesive, vision for accelerated climate action in Toronto, she explained.

The Net Zero Strategy, for which SSG modelled the decarbonization pathway, was  adopted by Toronto City Council in December 2021. Earlier this month, the American Planning Association recognized the City and SSG’s work on the strategy with an Award for Excellence in Sustainability in the Environment, Climate, & Energy category.

We caught up with Plottel to discuss how the City plans to reverse the general trend of rising emissions and what other communities can learn from Toronto’s experience.

This interview has been edited for length and clarity.

The public square outside of Toronto’s City Hall. Photo by Rachael Annabelle on Unsplash.

SSG: It’s been just over four months since Toronto passed the Net-Zero Strategy. How are things going?

SP: We’ve had lots of community interest. We’ve leveraged the passing of the report to launch new programs. Just last month, the City announced a Deep Retrofit Challenge to accelerate emissions reductions from buildings and identify pathways for other buildings to replicate.  The launch of the strategy was an opportunity to advance and sharpen our focus on immediate actions to get us on the emissions trajectory needed to hit our 2030 goals and reach net zero by 2040. Some City Agencies, such as the Toronto Transportation Commission (TTC) and Toronto Hydro, are accelerating climate action and increasing their ambitions based on our strategy.

SSG: The Net-Zero Strategy is exciting, but emissions in the Greater Toronto and Hamilton Area are rising. How does the strategy tackle this challenge?

SP: The Strategy contains 2030 interim targets which were developed to stimulate and measure progress on the way towards net zero. These include designing 100% of new buildings to be near zero emissions, cutting GHG emissions from existing buildings in half, and sourcing 50% of community-wide energy from renewable sources. The Strategy contains City commitments to demonstrate carbon accountability via a carbon budget, accelerate a rapid reduction in natural gas use via new building standards, establish performance targets for existing buildings, and increase access to low-carbon transportation options.

The City will play a big role in communicating the challenge and uniting people around a single goal. Everyone, including city residents and businesses, needs to know what they can do and how they can contribute.

The City of Toronto is also focused on demonstrating leadership—showing what’s possible for City-owned buildings, vehicles and waste. Once people understand what they can do and what’s possible, with appropriate information and support, then we can get there. 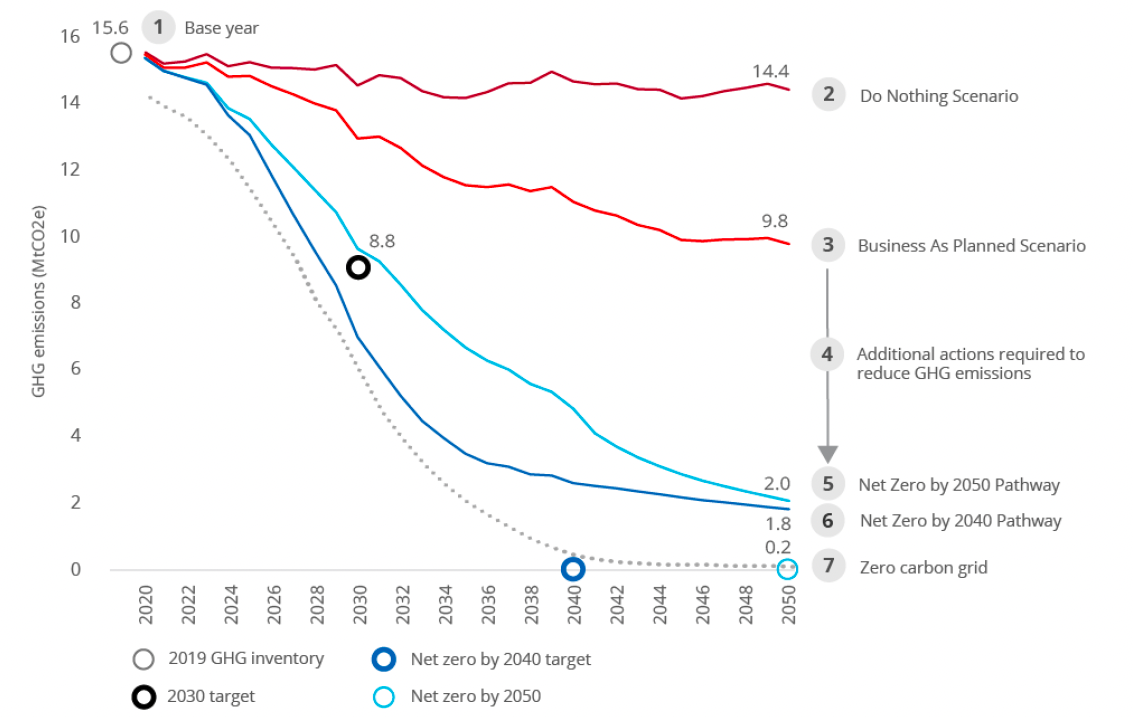 SSG: Can you tell me more about how decision making is changing at the City?

SP: Climate is an increasingly important factor in decision making at the City. For instance, we’re working on a carbon budget to track climate actions against annual emissions limits and drive accountability. We’re also developing a ‘climate lens’ and process that staff will follow to evaluate and consider the climate implications of all major City of Toronto decisions.

And we’re putting in place structures for accountability and management of climate action, and to make climate action a visible issue in our work across all City divisions and agencies.

A key piece is an accountability and management framework that will go to Council soon. The framework will see the City create three advisory bodies, including an external Climate Advisory Group to advise on strategy implementation, to draw on the knowledge of staff, stakeholders and residents. We will also establish a Senior Leadership Table comprised of senior city staff to discuss the challenges and opportunities at the highest level, as well as a Joint Implementation Committee made up of City management and unionized staff to understand how City facilities and operations can work to achieve our goals.

SSG: How do you hope Toronto will be transformed by this strategy?

SP: Reducing emissions to net zero will require significant changes in how we live, build, commute, manage waste, and more. I hope people understand that taking climate action can improve their lives and create a better future for our city. If we live our lives in a way that’s kind to the planet, it also means that we’re being kind to ourselves and to one another and it can permeate other areas of our lives. So by walking an extra three or four minutes, or taking your bike instead of driving, you might have a better day. People are going to have to retrofit their homes to reduce emissions, but that’s also going to make their homes more comfortable.

We have learned and continue to learn from the First Nations, Inuit, Métis, and urban Indigenous communities in Toronto. A learning I’ve taken from them is to treat others the way that you would like to be treated—and that includes plants, animals, the earth, the air, water. We’re considering that as we implement the strategy. 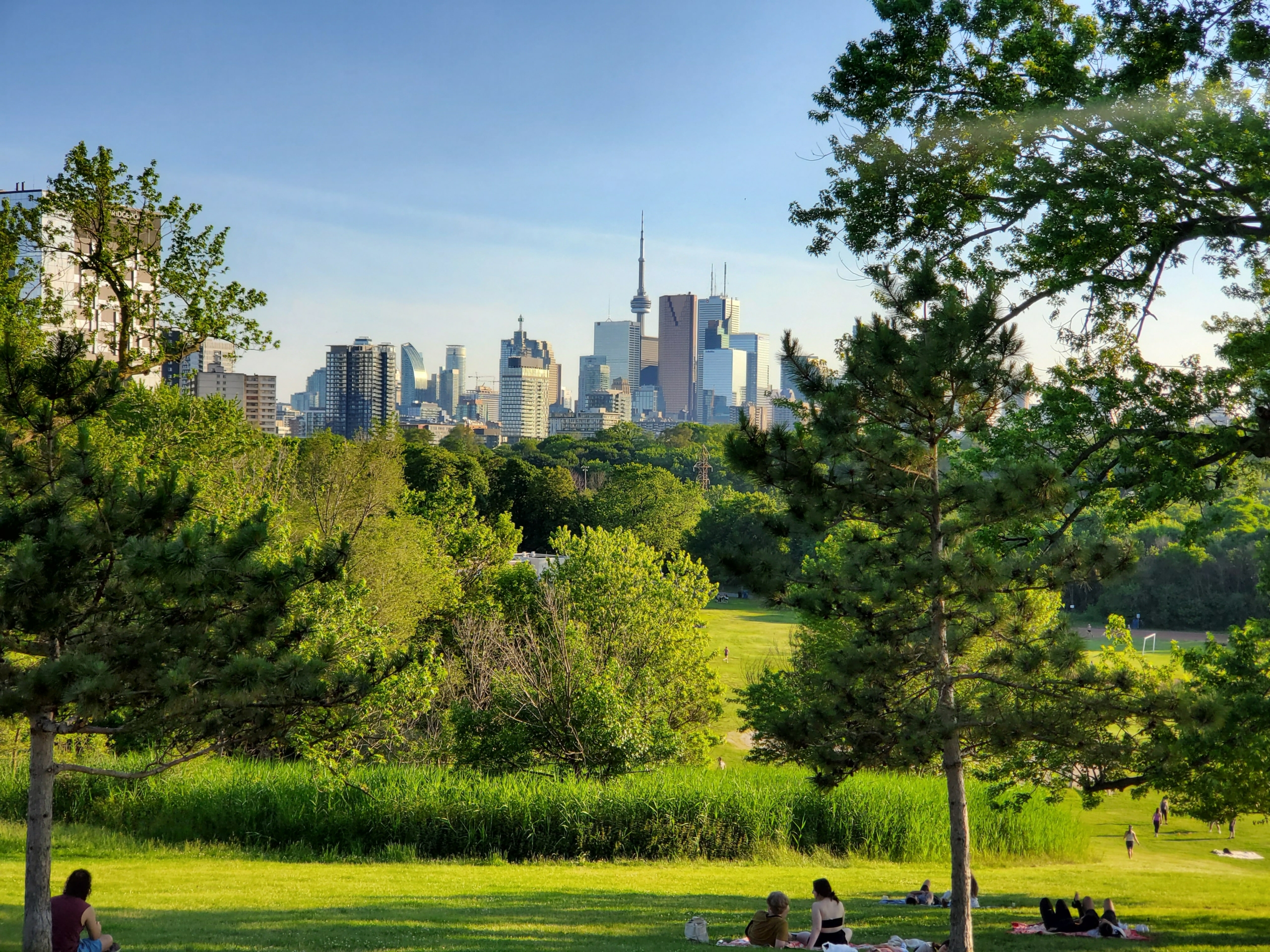 A view of downtown Toronto from Riverdale Park. Photo by James Thomas on Unsplash.

SSG: What insights do you have for other cities?

People have different priorities, so taking a step back and tying climate action to the City of Toronto’s strategic priorities was important. These include priorities to maintain and create affordable housing, keep Toronto moving, invest in people and neighbourhoods, and tackle climate change and build resilience.

We made sure we were speaking to staff across the City about their priorities as well. So, if we were talking to someone in Transportation and they had goals to build out cycling routes, we’d learn about their constraints and challenges and support them through the climate strategy by working with them to align their actions with our action plan.

Early involvement was also important. We got other divisions involved when SSG was modelling decarbonization pathways so staff could provide input on and understand what actions we were including in the climate modelling, the challenges that lay ahead, and how they could contribute. Now we have colleagues across the City that are environmental champions. It helped that senior management is focused on achieving net zero and communicated this as a priority.

It’s also important to be clear about what you’ve heard from the community and to reflect that in your climate strategy. Toronto has an active climate action community. We needed to demonstrate that the work that we were doing was in response to community need and desires. And then, finally, express that back out to the community—that we were putting forward a plan that reflected their input. 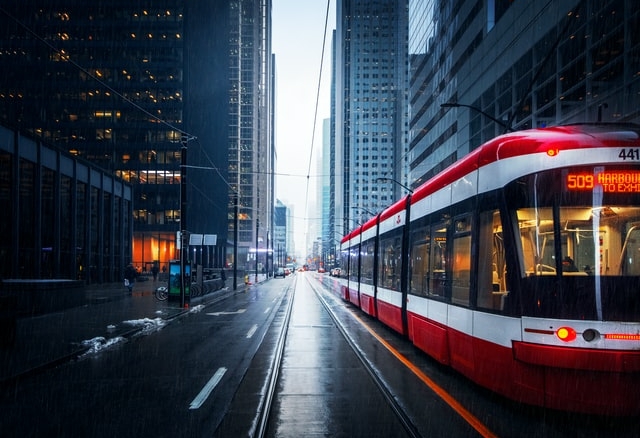 A public streetcar in downtown Toronto. Photo by Marcin Skalij on Unsplash.

SSG: What are you looking forward to about climate action in Toronto?

SP: Some new and important programs are being developed, especially related to reducing emissions from transportation and buildings. Buildings are the largest source of Toronto’s emissions, so these programs will be critical.

The latest Toronto Green Standard came into force this month. New buildings will have to adhere to even stronger environmental performance. In the future, the City will be looking to incorporate the embodied carbon impacts of new construction into the standard, as well.

To reduce emissions from existing buildings, we have the City’s Net Zero Existing Building Strategy. Homeowners and building owners can take advantage of many existing and new programs, including low-interest loans, to help get our buildings to net zero as soon as possible.

And the City’s Electric Vehicle Strategy is in place to support the transition to electric vehicles, while the TTC is set to expand transit service and the further electrification of its vehicles. Decarbonizing the transportation sector is important, as vehicles are the second largest source of emissions in Toronto today. And, we have a big focus on reducing waste as well and moving towards a circular economy.

I’m looking forward to projects getting underway and showing people what’s possible. We’re on the cusp of transformative change.

The TransformTO Net-Zero Strategy can be found here. To get in touch with us about how we can help your municipality reach net zero while contributing to the economy, contact us here. 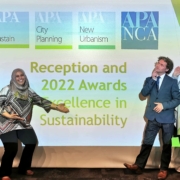 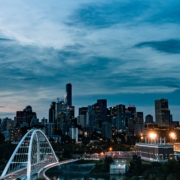 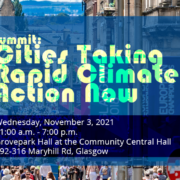 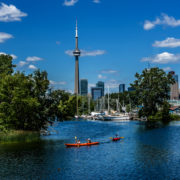