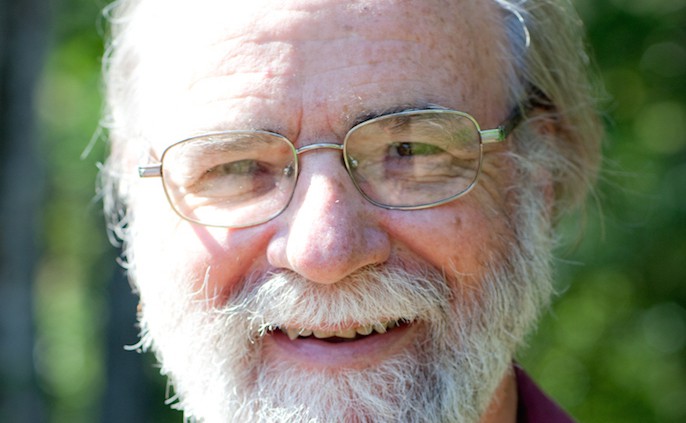 Although Peter’s formal role changed over the years, his commitment to our mission has never wavered. Peter was our first Executive Director, on a part-time basis from 1992 to 1995. Following that he moved to the role of financial officer for CWCF which he held until his retirement this spring; however, this function moved from initially being done on voluntary basis to part-time contract to a staff member in 2006. Peter was also the Fund Manager of “Tenacity Works” from 2000 until he retired. It’s evident that CWCF might not have achieved its goals of becoming a national federation without Peter’s contributions.

Peter has been involved with numerous co-ops at many different levels including member, manager, director, co-op training instructor and co-op development consultant. It’s safe to say that wherever Peter lives / has lived, there seems to be a significant cluster of worker co-operatives. We are sure this isn’t coincidental.

I asked Peter about what he thought was driving the worker co-op movement. He reflected that each country and context is different that the drivers globally are not homogeneous and there is no one model of success. This seems to speak to the challenges of growing the worker co-operative movement.  In order to grow this movement in Canada, Peter thinks we need to be prepared for opportunities such as business succession to worker co-ops and be ready to respond but a key action required to help this along is the continuing promotion of the worker co-op option. Without a significant increase in awareness of the option and its benefits especially with young people looking for an alternative to the dominant way of doing business, the sector will be challenged to grow significantly.

Focusing on CWCF Peter noted that “the turning point for CWCF’s progress was the Tenacity Works Fund,”which CWCF obtained, after a significant lobbying effort, as a pilot project in the year 2000.   Up to then, we were surviving on contracts. This (Tenacity Works) gave CWCF some stability on which to grow its resources, and with it the movement in Canada started to grow which increased excitement and energy. The next key contributor to CWCF’s development was the RRSP program and then the CDI program, both of which helped stabilize CWCF.

For Peter, the highlights of his time at CWCF coincided with some of these significant opportunities; Tenacity Works, the RRSP program, the Worker Co-op Developers Network and the development of CoopZone, all of which have provided important resources across the country. Peter has also been key to the development of the CoopZone Co-op Developers Training program which helps co-op developers get the skills and experience necessary to help develop and expand co-ops in Canada.

So I wondered how working with CWCF impacted or changed Peter’s life. His response was not a surprise for me. He said, “I got the opportunity to do meaningful work with others and to create co-op businesses that focus on people. I got to work with and inspire others to take responsibility for their own livelihood; that was very meaningful and satisfying.”

Peter went on to note that “I met some extraordinary people, and I was challenged to become a better person because of that. I had the good fortune to develop skills that I was able to use in international development projects in Mongolia, China, Cuba and Croatia.”

In conclusion, Peter noted that he “feels a sense of completion.”   Although he will continue to be involved with CWCF, his role will change from staff to volunteer and perhaps occasionally a contractor. He is looking forward to more downtime to spend with his wife, Lori, to engage in more leisure activities, to study, and perhaps even contribute to a few co-operatives, as he continues to be on a number of co-op boards and committees.

It’s clear to me that Peter has been a significant driving force for the growth of CWCF. I’m sure that I speak on behalf of both staff and members when I extend my sincere gratitude for the time, effort and commitment he has put toward the worker co-operative movement and we wish him the best as he transitions to a new lifestyle; one which I hope continues to provide him with satisfaction and joy.

Postscript from Hazel Corcoran:  Peter’s contributions to CWCF, and to CoopZone, truly defy measure.  I was glad that we were able to honour him with a tribute at our 2014 AGM.  Peter has provided vision, strategic direction, on-the-ground work and tireless dedication.  He will be greatly missed on the staff.  However, we all get to benefit from the legacy he leaves as well as the fact that he has generously agreed to play a small but important role in CWCF as a volunteer on some committees, and occasional contract worker – plus as  continuing member of CoopZone.  Your work has been deeply appreciated, and you leave CWCF in a strong position to grow into the future.