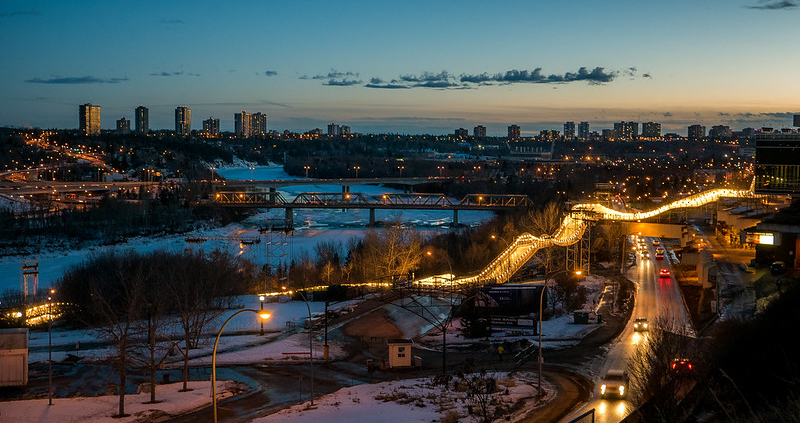 This requires treating our greenhouse gas emissions with the same attention, scrutiny, and importance as our finances. We recently helped the City of Edmonton become the first city in Canada to do just that by creating a carbon budget.

Developed in Oslo in 2016, the carbon budget (a.k.a climate budget) responds to the climate crisis in a manner similar to a city budget—by setting an overall budget for how much greenhouse gas the city can emit. Ever.

Here’s how it works: The budget is broken down into annual caps. Capital expenditures are only approved if they align with these budgets. The annual carbon budget declines each year until the City is operating at a net-zero budget under which emissions are minimized and those that remain are offset.

Earlier this month, staff from the City of Oslo and the City of Edmonton discussed their experiences with carbon budgeting in a great webinar that left me inspired and hoping that carbon budgets become the norm.

Here are 5 darn good reasons why every city should follow their lead:

The science is clear: mitigating climate change requires reducing emissions, starting today. In fact, it requires a steep decline starting yesterday.  Most cities don’t have a system for this kind of dramatic action. Instead, they set point-in-time GHG reduction targets (e.g. net-zero carbon emissions by 2050) for total emissions produced in a single year, decades into the future, and report on their progress every few years.

The Intergovernmental Panel on Climate Change (IPCC) has made clear that this is not enough to  avoid devastating increases in global temperatures. This is because climate change is driven by cumulative emissions, rather than how much greenhouse gas is emitted into the atmosphere in a particular year. To effectively limit global warming, emissions need to begin declining steeply, now. The carbon budget tackles this challenge by helping communities take action immediately and accounting for cumulative emissions.

A carbon budget ensures money is not being spent at cross purposes. The most significant challenge I have seen in my years working with governments is how departmental action is too often siloed—one department sets GHG reduction targets, while the other procures a new fleet of diesel buses. The City of Edmonton plans to avoid this by requiring each department’s budget proposal include a GHG emissions impact assessment. In addition, over- or under-spending will impact future year budgets, ensuring decision-makers keep long-term consequences in mind.

Carbon budgets also help ensure action is taken promptly. When action is delayed, the cost of taking that action often increases as the rate of GHG decline will need to be steeper—requiring reliance on more expensive solutions like carbon capture and storage.

3. The budget approval process is where government decisions are made, or broken.

Money talks and bullshit walks, as my father says. Whether or not the Council approves a department’s budget determines what programs will see the light of day. By integrating greenhouse gas emissions tracking and reporting into the annual budgeting and accounting process you ensure climate action is prioritized.

In fact, Oslo combined the two processes; reporting on their climate budget three times a year as part of their budget process and sharing responsibility for its management between the Departments of Finance and Energy. According to Catrin Robertsen, Technical Advisor at the City of Oslo’s Climate Agency, “the climate budget puts climate policies and measures at the center of policy and budget discussions.” In Oslo, this has helped City staff learn about how their work impacts the climate. Now, they consider climate across all sorts of programs, from road building to community centres.

Being accountable to a climate change plan has never been taken so literally. When a city has a carbon budget, it must account for every single tonne of emissions, and, if it “overspends” one year, that budget must be deducted from the next.

Like the city budget, the carbon budget process becomes part of the public record. The city is required to report on their annual carbon “spending”. The City of Edmonton produces a dashboard that clearly and visually presents its progress on GHG reduction and spending on each action (see slide 23 of this powerpoint presentation). This approach to climate plan implementation ensures that a city’s economic plan supports its climate plan.

City staff report to Council at regular intervals. City’s can take this process further and also report publicly. The City of Oslo, for example, makes its results easily accessible to citizens via its Climate Barometer website (in Norwegian).

Climate budgets also create the potential for swift policy shifts or program tweaks to address challenges. Since Oslo adopted its climate budget, it has learned many lessons. First, the transparency of the process has provided fast feedback on where the City is falling short (see Figure 1). This has enabled the City to reassess and improve their emissions reduction plan moving forward. There will be obstacles and challenges along the path to implementing a carbon budget. Oslo and Edmonton both listed the steep learning curve and challenges with data on emissions reductions associated with certain policies. Nonetheless, staff in both cities firmly believe that this should not slow progress or deter other cities from moving forward with similar policies. They emphasize that the climate emergency requires bold action.

What does bold action look like? Developing a carbon budget is a key part of the answer.

To get in touch with us about how we can help your community tackle climate change, contact us here.

Kyra Bell-Pasht is a public interest environmental lawyer by training and environmental policy wonk in practice. She started her career working as an articling student then lawyer for the Candian Environmental Law Association. After completing her Masters of Law at Osgoode Hall, she went on to work as a Policy Advisor for the Environmental Commissioner of Ontario, where she specialized in climate change and energy efficiency. Kyra has been helping municipalities take climate action as a consultant with SSG since 2019. You can find her on LinkedIn.